What goes on inside your head when you see something has long been a subject of scientific discussion. It is widely accepted, for instance, that you draw upon previous knowledge and experiences to make sense of what you are seeing. It is also accepted that your emotions can come into play, along with personal preferences. You read information out of a scene, and you read information into a scene.  Seeing is predicated upon light, so seeing takes place rapidly, virtually at the speed of light itself, therefore, whatever is going on in your brain when you react to visual stimulation happens rapidly. How is it that different people can see virtually the same phenomenon and interpret the data in vastly different ways?  Stated in a slightly differently manner, why don’t you see what I see?  KBI, the theory I developed and defended in my dissertation at UCLA, is a model for visual perception. KBI stands for know, believe and imagine. KBI demonstrates that these are the primary mental states in which visual perception occurs.

The invention of the printing press and the resulting mass production of literature in the fifteenth century presaged an immediate institutional commitment to verbal literacy, as embodied in the field of Library and Information Studies (LIS).  However, despite the invention of technologies that have enabled the mass production of both still and moving images, a parallel institutional commitment to visual literacy in the social sciences has not transpired.  The twenty-first century is awash in visual imagery due in no small measure to the computer, the Internet, and graphical user interfaces and remediation associated with computerization. The time has come for LIS to venture boldly into the realm of visual literacy. 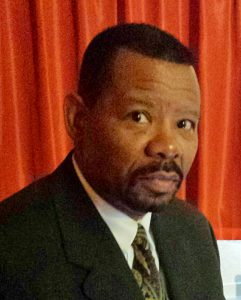 Dr. Melvin Hale is a native Californian. He grew up in San Bernardino and graduated from San Bernardino High School in 1972. He is a late-comer to academics. For the majority of his professional career he was involved in telecommunications network engineering, enterprise facility management systems and technical marketing roles. During that time, he developed several database management systems for technology applications. His first commercial product was the Communications Resource Management System (CRMS), and it became an industry leader for managing infrastructure such as cable plants and terminal device connectivity. Following along that, he developed a system for managing fiber networks called the Metrolink Fiber Management System (MFMS). In the mid-90’s, he developed one of the earliest systems for digital imaging for law enforcement, which was appropriately named MugBase. Thinking that his technical career had run its course, he opened an art gallery in Florida, and finally M Hale Gallery in Palm Springs, California in 2006. During this time, he stumbled upon a method for turning black-and-white photographs into color compositions that he sold as fine art, and ended up winning four awards in the California State Fair. He called it the Visual Method of Abstraction (VMA). In 2008 he applied to the UCLA Department of Information Studies to gain further insight into visual research and visual methods from an academic perspective. He began his studies in 2009 and completed his doctorate in 2014. His dissertation was entitled, Towards a Unified Theory of Visual Knowledge in Library, Archives and Information Studies: A Test of the KBI Model Using Documentary Photographs. What he had initially called the VMA became the KBI theory, short for Know, Believe, Imagine, the three essential components of the method. While KBI is a theory derived from art practice, and involves cognitive states of mind associated with seeing and knowing, it is also a useful tool for deconstructing social narratives, and situating facts, beliefs and fiction. In an era of “fake news” and a deluge of visual messages, KBI can become a useful model for examining information authenticity.