In 2016, the Oxford English Dictionary chose the term ‘post-truth’ as its word of the year, an adjective that it defined as ‘relating to or denoting circumstances in which objective facts are less influential in shaping public opinion than appeals to emotion and personal belief’ (Oxford English Dictionary, 2016). The term, coined in 1992, has risen in use since the European Union referendum in the United Kingdom and the United States presidential election. It relates to a rise of anti-intellectualism that is undermining faith in the professional integrity of all knowledge fields and in the value and authority of records and archives as sources. Although very ‘of the moment,’ the phenomenon exemplified by the notion of post-truth is not new. What has changed in the digital age is its ‘always on’ connectivity, that lets falsehoods circulate at rates unimaginable only a few decades ago, as well as the pervasiveness of distribution channels, that tend to sidetrack traditional institutions in favor of a populism where reputation as a trusted source no longer carries much, if any, weight.

The principle of integrity, common to all knowledge disciplines, demands of professionals a reasonable guarantee of the accuracy, reliability and authenticity of the sources for which they are responsible. However, the phenomena described above have been so highly politicized that reliance on sources seems hopelessly mired in partisanship, while it becomes increasingly unclear who is responsible for the truthfulness of news stories, marketing and profiling. There appears to be an attempt by new political and cultural forces to undermine the traditional centralised system relying on a stable hierarchical infrastructure controlling communications (e.g. large newspaper, networks, information systems) by by-passing it, destroying it, and replacing it with a different system that is decentralised and ‘structurally incompatible’ with the existing one because it is fast, idiosyncratic, asynchronous, and bottom-up. At this time, this new system’s ability to read-plan-react appears to many observers to be of a higher order than the traditional one. However, what is not included in their equation is the willingness and capacity of the records and archives profession to collaborate with providers of technology and services and network communications, and experts in computer engineering, cyber-security, e-business, e-discovery, digital forensics, evidence law, intellectual rights, investigative reporting, media credibility, journalism, knowledge organization, political science, philosophy, and sentiment analysis in the production of requirements, tools and methods, as well as shared guidelines, to ensure people’s ability to access, if not the truth, complete factual information based on authentic, accurate and reliable contextualised records.

This presentation will outline such collaboration through a discussion of some of the work and findings of the InterPARES Trust research project. 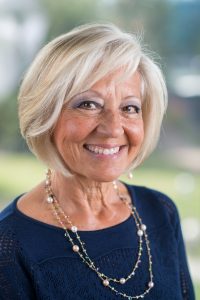 Dr. Luciana Duranti is Professor of archival theory, diplomatics, and the management of digital records in the master’s and doctoral archival programs of the School of Library, Archival and Information Studies of the University of British Columbia (UBC). She is also Faculty Associate Member of the UBC College for Interdisciplinary Studies, Media and Graphics Interdisciplinary Centre. Duranti is Director of the Centre for the International Study of Contemporary Records and Archives (CISCRA—www.ciscra.org) and of InterPARES, the largest and longest living publicly funded research project on the long-term preservation of authentic electronic records (1998-2018), the Digital Records Forensics Project, and the Records in the Clouds Project. She is co-Director of the Law of Evidence in the Digital Environment Project. She has published more than 150 referred articles/book chapters and 5 books. The research projects she has directed have produced more than 4000 publications. She is in the editorial board of 12 refereed journals and has been guest editor of thematic issues of two of them. She is co-editor with Patricia Franks of the Encyclopaedia of Archival Science. Lanham: Rowman & Littlefield Publishing Group, 2015.

Duranti has been active nationally and internationally in several archival associations and in boards and committees, such as The Society of American Archivist (President, 1998-9; Council Member, 1992-95); the Association of Canadian Archivists, of which she is presently the President (2016-2018); the UNESCO International Advisory Committee of the Memory of the World Program (on behalf of which she also chaired the program of the 2012 Conference); the Social Sciences and Humanities Research Council of Canada Adjudicating Committee of proposals for granting programs related to the digital economy; the Canadian Government Standards Board (for which she chairs the Committee revising standard 72:34, Electronic Records as Documentary Evidence) and the American National Standards Committee (ANS/ARMA), as well as the International Standards Organization committee on the same matters; and the China Research Centre on Electronic Records Board; to name a few.

For her work Duranti has been honoured with the British Columbia Faculty Associations’ Academic of the Year Award (1999) and the Society of American Archivists’ and the Association of Canadian Archivists’ Fellowship (1998 and 2014). Her research has been recognized in 2006 with the Emmett Leahy Award for her contributions to records management and the drafting of the DoD and MoReq standards for recordkeeping, and for the InterPARES research; with the British Columbia Innovation Council Award, which is annually presented to “an individual who has opened new frontiers to scientific research;” with the Killam Research Prize; and in 2007 with the Jacob Biely Research Prize, the University of British Columbia’s “premier research award.” In 2012 she was awarded the Inaugural ARMA International “Award for Academic Excellence in teaching, research, and contribution to the global citizenry,” and in 2014 she was inducted a “Member of the Academia Galileiana” of Padua. Because of her overall academic record, since 2011 Duranti holds the honorary positions of “Affiliated Full Professor” at the University of Washington, Seattle, US.

For details on her work, please see www.lucianaduranti.ca and www.ciscra.org.