Risk and Reputation: How Professional Classification Signals Drive the Diffusion of New Methods

Organizational scholars have long been interested in why new practices spread, and their focus has been on “successful” diffusions that reach a broad swath of the population.  Such a focus obscures important mechanisms.  Etzion (2014) demonstrates that in instances of limited diffusion – that is, when a practice diffuses only partly through a population – classification processes are invoked: that is, actors may signal their alignment with one camp or another, and labels emerge to distinguish adopters and non-adopters.  This paper extends this idea to professional classification in the realm of academic science, focusing on three methods that were introduced, and partly diffused through, the sociological community: Correspondence Analysis; Qualitative Comparative Analysis; and Sequence Analysis.  Qualitative data reveal how the choice to adopt a new method can act as a signal to one’s professional community.  Quantitative data on publications allow us to trace adoption process more broadly, and assess how organization- and actor-level characteristics that proxy scholars’ different approaches to professional classification—such as institutional status and professional age—influence methodological adoption decisions.  We find adoption patterns consistent with our predictions: Scholars at top universities, men, and others having a somewhat protected professional status are more likely to adopt the methods.  Senior scholars are more likely to adopt early on, but junior scholars are more likely to adopt overall, perhaps because the potential rewards balance out the professional risks of trying something new.  Taken together, our findings contribute to research on limited diffusion and the organization of academic science, and have implications for the management of scientific and knowledge-based organizations as well as science and innovation policy. 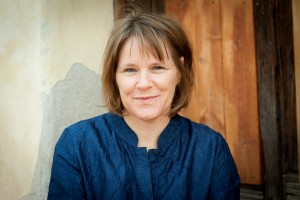 Erin Leahey is Professor of Sociology at the University of Arizona.  Her main research interests are scientific practice, scientific careers, and innovation.  Recently, she has conducted investigations of knowledge that spans domains – both subfields and fields.  With Sharon Koppman, she has traced the diffusion of three unconventional techniques that were imported into sociology from other fields.  With Jim Moody she has found that subfield-spanning research is more highly cited (Social Currents 2014).  With Christine Beckman, she finds that field-spanning, interdisciplinary research fares similarly, but there’s a trade-off: engagement with interdisciplinary research also depresses scholarly productivity (http://arxiv.org/abs/1510.06802).  In a current NSF-funded project, Professor Leahey is developing measures of universities’ commitment to interdisciplinarity, and assessing both the drivers of commitment levels, and consequences of them for scientific research output (patents and papers) and university prestige.  With Attila Varga and Jerry Jacobs, she is examining whether and how large, secondary datasets serve as hubs that help scholars from multiple disciplines coalesce.