“A peculiar satisfaction”: Thomas Jefferson’s disciplinary imagination and the mastery of subjects

What does it mean to have mastery over a subject?

Based on an examination of Thomas Jefferson’s book classification, alongside his writings and the grids, ledgers, and devices that he used to record the activities of the people he enslaved at his plantation and factory, this talk will discuss the materiality of classification. Knowledge organization was at the heart of Jefferson’s interconnected projects and vision. His book classification provides an important entry into examining the particularity of claims to universality, as it reveals the ways that he ordered subjects according to a universalized white, male, propertied point of view. In 1815 Jefferson sold his book collection and catalogue to the Library of Congress to replace the collection that had been burned in the War of 1812. In correspondence with the third Librarian of Congress regarding the transfer, Jefferson discussed his method for organizing the books, explaining his preference for arranging them into subject categories. He also noted the challenges of interdisciplinarity presented by some books-especially ones about travel, which may “blend together the geography, natural history, civil history, agriculture, manufactures, commerce, arts, occupations, manners Etc. of a country.” Despite impediments to building a tidy system of subject categories, Jefferson said that there was a “peculiar satisfaction” to arranging books according to subject, which derived from “seeing at a glance the books which have been written on [a subject] and selecting those from which we expect most readily the information we seek.” This talk will focus on Jefferson’s sections on History, Moral Philosophy, and Geography to demonstrate the significance of his classification in the history of knowledge organization, as well as the role of classification in modern statecraft. It will also draw a lineage from Jefferson’s books to present knowledge organization systems. 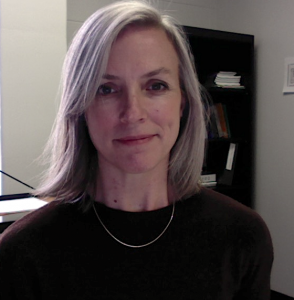 Melissa Adler, Ph.D., is an Assistant Professor in the Faculty of Information & Media Studies at Western University in London, Ontario. Her research concerns the history of knowledge organization systems as they intersect with state and cultural discourses. Adler’s book, Cruising the Library: Perversities in the Organization of Knowledge (Fordham University Press, April 2017), is a study of the history of sexuality through the lens of Library of Congress classifications and categories.