The Nestor Approach to the Certification of Digital Archives 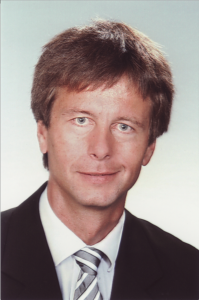 Prof. Dr. Christian Keitel received his PhD in Medieval History in Tübingen and a diploma in Archival Science at the Archive School in Marburg. Since 2000, he is responsible for strategic issues on digital preservation within the Landesarchiv Baden-Württemberg (regional state archive). Between 2006 and 2009, he led a working group which developed a system for the long term preservation of digital objects (DIMAG) and the open source software IngestList. His fields of research cover problems of the long term preservation of digital and digitized material as well as questions on authenticity and certification. He is a co-leader of the Nestor working group on certification and the DIN working group on trustworthy digital archives and an initial signer of the MOU to create a European Framework for Audit and Certification of Digital Repositories. He teaches courses on digital preservation at three German universities. Since 2015, he is also a Professor of Archival Science at the Potsdam University of Applied Sciences.